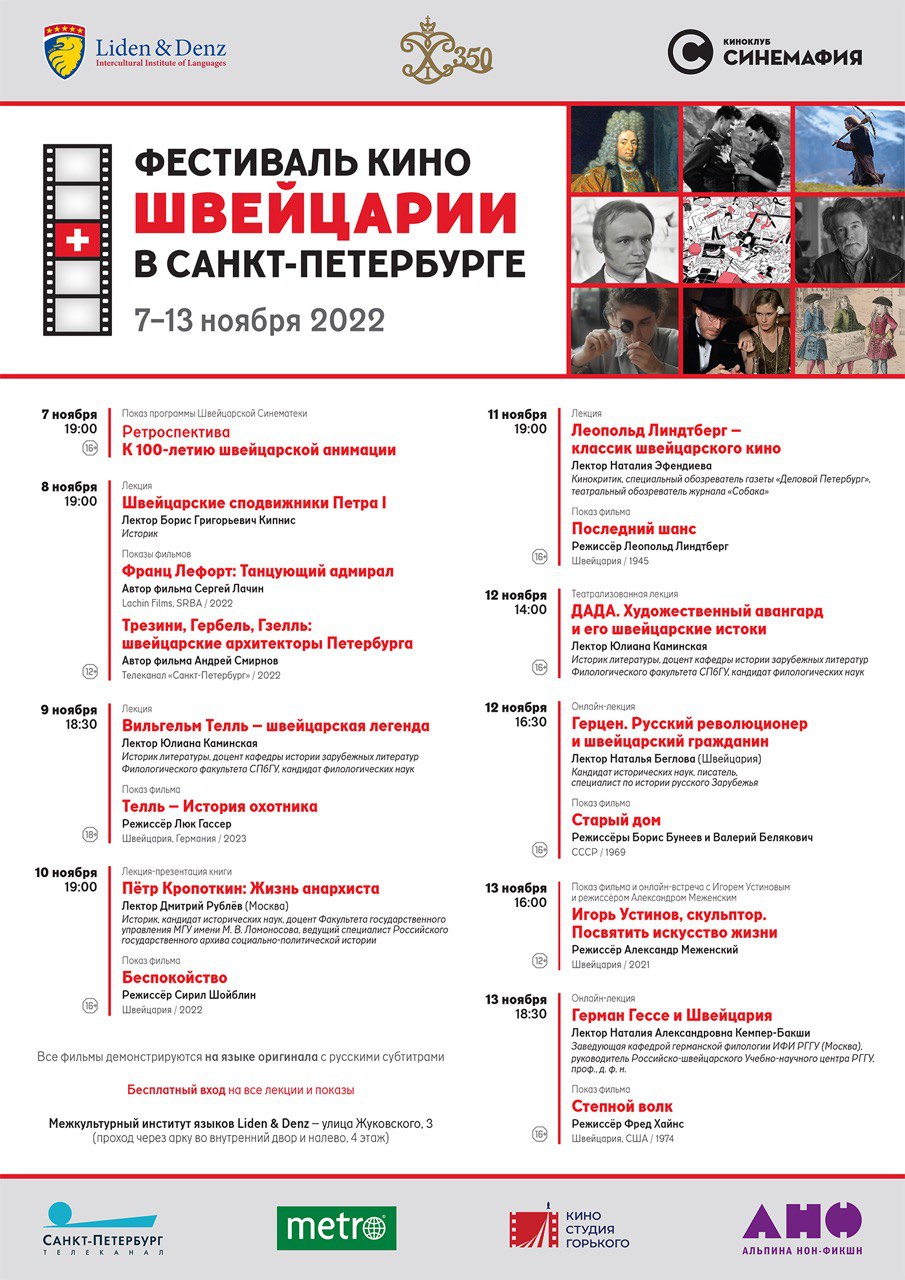 Liden & Denz Intercultural Institute of languages and the film club Cinemafia invite you to the ninth annual Swiss Film Festival from 7 to 13 November in the Liden & Denz learning space.

The program includes interesting lectures from historians, writers, philologists, film critics and literary critics, as well as new Swiss films and world film classics – all in one week at the ninth Swiss Film Festival in St. Petersburg, which will take place thanks to enthusiastic film club Cinemafia and hospitality of Liden & Denz.

Access to all lectures and screenings is free with pre-registration. Seats are limited.

Come! It is going to be interesting and, most importantly, informative!